What are the limits to how small a diameter hole or shaft (post) can be successfully 3DP. NeraTek wo

Here we go. the results and observations on our latest challenge, which involved 3D Printing (3DP) a test plaque with diameter upstands or posts (if you prefer) of varying diameters from 0.20mm to 1.00mm in increments of 0.10mm and also holes using the same diameters and increments as used for the upstands. The upstands were designed to be 10mm high on this occasion. As with previous experiments here in NeraTek we used the Polyjet System from Stratasys. We will also carry out the same experiments using our FFF / FDM process in order to compare results, but those tests will happen later, as we still have a number of other experiments / challenges we would like to carry out first with the Polyjet system.

As you can see from the photo we have results that we believe to be interesting. A good starting point is that all posts printed, however, the 0.20mm post possible only reached 50% of the desired height of 10mm. To be honest, I wouldn’t even attempt trying to measure the 0.20mm post at the moment in case it snaps off, we would like to establish its diameter first, then we can play around with it later.

All diameter holes appear to be present, although, the 0.20mm hole looks to be an indentation in the polymer rather than a hole. Again, we will see what the measurement analysis say once its completed.

"Back with the results"

Impressive results, especially from 0.40mm upwards, where we are only seeing between plus 10 and 20 microns on the desired diameters. What was even more impressive was that the 0.25mm and 0.33mm upstands could deflect from the vertical by about 10 or 15 degrees without breaking. I didn’t want to push them any further than that in case they snapped, as I would like to hold onto this test piece for a talk I am giving in 2 weeks’ time.

Now for the diameter holes.

0.20mm Not present / dimple on surface

0.30mm Not present / dimple on surface

Again, it’s fair to say the diameter holes are pretty impressive for 3DP manufactured, obviously when staying above 0.40mm.

One further point worth noting, the setting that was selected for these 3D Printed Parts were “Glossy” rather than a “Matt” finish. As I believe had we used a “Matt” finish, the removal of the support material from around the upstands / posts may have resulted in broken pieces due to the cleaning process.

Comments or questions are always welcome.

Next challenge will be on Threads. Screws and Screw Holes. 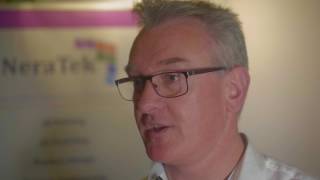 The future of Engineering is safe in Sligo.....